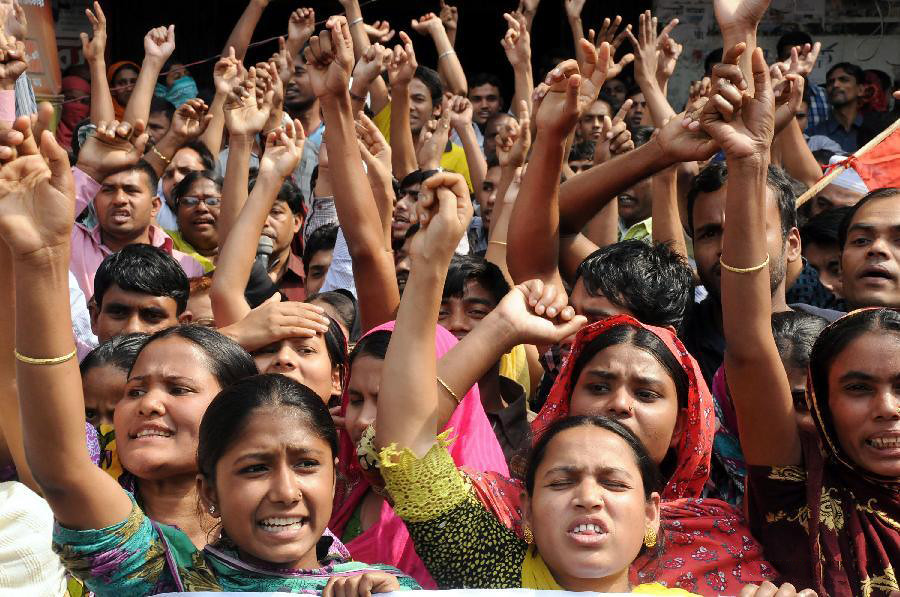 He said this on Thursday in Dhaka while speaking to the media about the outcomes of his recent meeting with the European Commission (EC) about progress of implementation of the “Bangladesh Sustainability Compact”, a specific and time-bound commitment for improving levels of occupational safety and health, promote responsible business conduct and greater respect of labour rights, with a particular focus on freedom of association and the right to collective bargaining.

“We have already initiated a process of bringing about necessary amendments to the existing EPZ law to ensure workers’ rights. No further changes will be made in this connection,” the minister said.

At present, trade unionism is allowed in the form of workers’ welfare associations (WWAs) and they were functioning as Collective Bargaining Agents (CBAs) in the EPZs, the minister claimed. He further said that the EPZ workers were enjoying their lawful rights through the WWAs.

The minister said that the investors would quit the zones if TUs were allowed in those special zones. Since it’s establishment there was no provision of TUs in the EPZ factories. He further said the Compact signatories have agreed with the changes so far brought and did not demand any further modification in this connection.

Replying to a question about the formulation of rules to implement the July 15, 2013 amended national Labour Law, he said the European Commission also pressed for this. “We promised them that the rules will be finalised within the shortest possible time, but we did not set any timeframe for it,” he said.

Bangladesh’s major trading partners the EU and USA as well as the national and international labour and human rights organisations expressed their concerns about the cosmetic amendments demanding further improvement closing the fine loopholes in the text and immediate implementation of the EPZ laws according to the international labour standards.

They find the changes inadequate and fear it will leave workers still without protection guaranteed under global labour standards. “Partial measures are not good enough. Bangladesh needs to bring its laws fully into line with ILO standards, especially on freedom of association and collective bargaining,” according to Sharan Burrow, General Secretary of the International Trade Union Confederation.

In the review meeting, EC Commissioner for Employment, Social Affairs and Inclusion László Andor pressed for urgent formulation of necessary rules to ensure effective enforcement of the Bangladesh Labour Acts  including that of the EPZ with attention to particular issues including better guarantees for freedom of association, protection of workers and TUs from intimidation or discrimination, and ensuring that all workers have the same rights, including those working in the EPZs.

WHAT IS THE DIFFERENCE?

The Bangladesh Export Processing Zone (EPZ) Labour Act 2014 was prepared by a special committee formed by the Prime Minister’s Office allowing “Workers’ Welfare Associations” and not “Trade Union”, according to the Cabinet Secretary at the press briefing following approval of the Act.

The associations or societies do not have collective bargaining rights but could negotiate with the employer on working conditions, remuneration or payment for productivity enhancements and worker education programmes, according to the laws of Bangladesh.

As per the amended law, at least 30 percent workers of a factory within an export processing zone will have to apply for registration with the Bangladesh Export Processing Zone Authority (BEPZA) to form an association. After registration the association’s executive committee will be elected for one year. One candidate or a panel will need at least 50 percent votes to be declared a winner and there will be a fresh election in case of fewer votes.

The  EPZs are governed by a separate agency, the Bangladesh Export Processing Zones Authority (BEPZA), and by separate laws. By tradition, the authority has been run by a military officer, active duty or retired, and many factories have hired retired soldiers to oversee security.

Special legislation on unionisation has prohibited the formation of unions in the country’s eight EPZs, which are exempt from the application of the Bangladesh’s national Labour Act and the Factories Act, thereby excluding workers in the zones from the coverage of laws governing trade union rights, wages, hours and safety and health standards. Instead, the government enacted the EPZ Workers’ Association and Industrial Relations Act in 2004 (amended in 2009) that allows limited freedom of association in the EPZs. A 2010 amendment renamed the ‘Workers Associations’ as ‘Workers’ Welfare Societies’ but essentially did not change anything.

The 360,000 EPZ workers fear that the insignificant amendments in the Bangladesh Export Processing Zone (EPZ) Labour Act 2014 remain inadequate and will not protect their rights to freedom of association and the right to collective bargaining sufficiently in line with the international standards, such as the ILO.

The workers do not expect real changes in their favour as long as the global brands continue placing orders at legal, social and environmentally non-compliat factories as well as the powerful trading partners like the EU continue blanket Generalised System of Preferences (GSP) privileges instead of binding such significant trade privileges to the national and international legal, social and environmental compliances, up-to the factory level.

The USA suspend Bangladesh’s GSP trade benefits in June 2013 citing poor worker rights and worker safety records. It continues to press for improvement of those issues, which led to some important progress including the current amendment of the Bangladesh Export Processing Zone (EPZ) Labour Act 2014.

Independent Experts suggest a factory based GSP system as most effective and practical solution to the apparently unsolvable problem.  A factory based GSP system means, only the products of fully compliant factories will enjoy the GSP privileges and others not, so that the precious GSP facilities do not become a blank cheque and cannot be misused. A factory based GSP system would be a real incentive/reward for good actions and quickly implementable. It would also encourage entrepreneurs for more attention in the legal, social and environmental compliance in their own interests in order to maintain such precious privileges.